I’ve spent this entire week implementing the 5 audio channels on the NES, and the work has finally paid off: 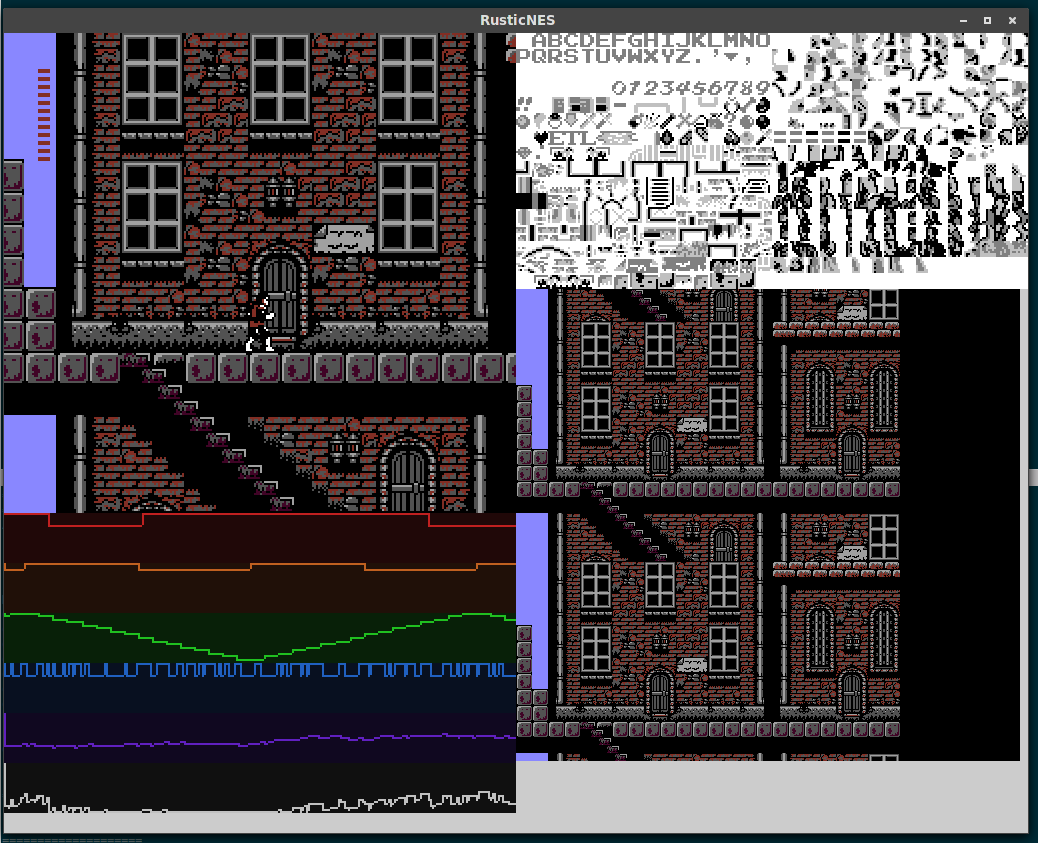 The sample above demonstrates The Silence of the Daylight, from Castlevania II - Simon’s Quest. The DMC channel in particular was tricky to get right. It took an embarassing amount of debugging for me to realize that I was repeatedly playing the first byte of each sample, and forgetting to advance the current address. That tends to not sound very good!

I’m pretty happy with audio at this point! There are some remaining minor issues, mostly related to mixing and channel muting, but now I can move on to more interesting things. Working audio means a working frame counter, and hooking the APU’s IRQ up should let me run blargg’s timing tests, and put a number on just how overclocked my CPU is. Exciting times!